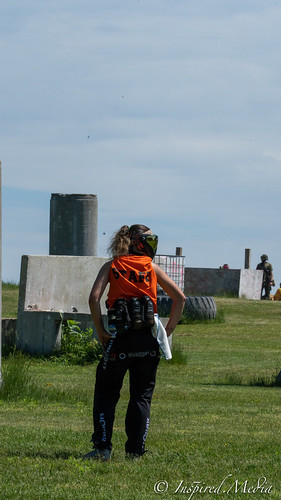 For about fifteen years now, many people have enjoyed the very exciting sport called paintball. At present, paintball is a highly recognized outdoor sport which is played by individuals belonging to different age ranges. The paintballs are breakable and are filled with paint. When the opponents are hit, they will be eliminated in the game.

If you try to compare paintball with other sports like football, this outdoor sport is much safer and there are fewer injuries. As long as you have the right equipments, you can play paintball safely with your friends. By playing the sport for a long time, you will surely become good at it. Paintball is not a simple game. You need to focus and concentrate on the game if you don’t want to be eliminated. You should learn to listen to your team leader. If you’re the leader, you should know different war game techniques so that together with your teammates, the opponent’s flag can be captured.

Paintball is played with two teams competing with each other. Their main objective is to retrieve the opponent’s flag and to eliminate the members of the opposing team. If you’re into war games, paintball is the sport for you. This game can be played in open fields but there are also times when this game is played inside an arena. In short, paintball is an indoor and outdoor game.

If the weather is fine, you can freely play the war game outside but if it’s bad, you can always play it inside but there should be enough space where the two teams roam freely. If you’re looking for indoor arenas where you can play paintball, a quick search online may give you the answer. There are lots of paintball facilities these days and you can freely choose where you want to play.

If you try to look at the paintball gun or marker, it is very much similar to a real gun. However, it has a barrel which contains the paintballs. The barrel also launches the paintballs and you must know how to aim the gun. That way, you can easily target your opponents and eliminate them in the game.

Individuals who lack proper equipments will not be allowed to join the game for safety reasons. Safety is very important and so you need to bring your own paintball gears. For beginners, you might want to consider renting paintball guns before making a purchase. Also, you need to familiarize yourself with the game and determine your playing style. Only then can you choose the appropriate paintball gun that you can use in the paintball games.

The paintball gears are vital for your protection. Chest protectors are one of the most important gears that you will use in paintball. There are times when you hardly notice your opponent and you might be hit with a paintball nearby. If you have a chest protector, you will not get hurt.

Tournaments are now held in the different parts of the world. You see, paintball is like a war game. In fact, individuals who plan to enter the military or police can train themselves in the war games through paintball. Encourage your friends to join so that you can organize your own team.

Purchase all the necessary equipments so that you won’t get hurt even if there is a close fight. Have fun.